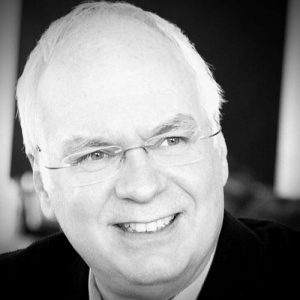 Michel Bouvier is a professor of Biochemistry at the Institute for Reseach in Immunology and Cancer (IRIC) at the Université de Montréal. He is also the President and Chief Executive Office of the Institute for Research in Immunology and Cancer – Commercialization of Research – IRICoR. Following his Ph.D in Neurological Sciences at the same university in 1985, he completed a post-doctoral fellow at Duke University. In 1989, he returned to Montréal as a professor of biochemistry and a scholar of the Medical Research Council of Canada at the Faculty of Medicine of the Université de Montréal. He was Chairman of the Biochemistry Department between 1997 and 2005 and was awarded the Hans-Selye/Bristol-Myers Squibb chair in Cell and Molecular Biology that he held between 1997 and 2005. He now holds the Canada Research Chair in Signal Transduction and Molecular Pharmacology.

Dr. Bouvier is the author of over 245 scientific papers and delivered more than 390 invited conferences. He supervised the studies of 42 graduate students and 33 post-doctoral fellows. He is a world-renowned expert in the field of G protein-coupled receptors (GPCRs) and made seminal contributions to our understanding of this major class of drug targets that led to applications for human health. His work led to paradigm shifts that had significant impact on drug discovery including the discovery of inverse agonism at GPCRs and pharmacological chaperones to restore folding of disease-causing genetically mutated GPCRs. Both discoveries led to the development of new therapeutic classes. His work on the functional selectivity of GPCRs contributed to establishing the concept of ligand-biased signalling that is now integrated in many drug discovery programs. He also pioneered the use of bioluminescence resonance energy transfer (BRET)-based methods for the study of protein-protein interactions and signalling activity in living cells. In addition to the development of screening assays that are now used for drug discovery, this methodology led his group and many others to reveal the oligomeric nature of GPCRs. He regularly serves as member or Chair of many peer review committees and scientific advisory boards for funding agencies as well as pharmaceutical and biotechnology companies. His contributions to the field of Molecular Pharmacology were recognized by the attribution of many awards and distinctions including the Hans Selye Chair of Cell Biology, the Merck-Frosst award from Canadian Society of Biochemistry and Molecular & Cell Biology, the Leo Pariseau and Adrien Pouillot awards from the Association Francophone pour le Savoir, the NRC Senior Investigator award from the Canadian Society for Molecular Biosciences and his election as a fellow of the Canadian Academy of Health Science.