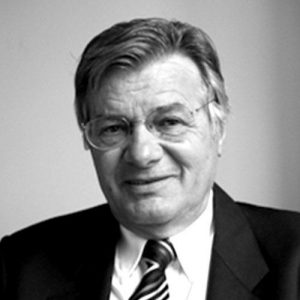 Michel Ronc has served as a Director since 2008. Michel has more than 40 years of experience in industry and venture-capital. From 2005 to 2011, Michel was a Partner with Demeter Partners, which he co-founded. Previously, Michel acted for the Elf Aquitaine group as R&D manager for the energy efficiency/renewable energy sector, as director of innovation and director of international development (Europe, Germany, Elf Antargaz). From 1984 to 1991, he was President and CEO of Inovelf (Europe) and Elf Technologies Inc. (USA) the venture capital subsidiaries of the Elf Aquitaine group which he developed and finally managed from the US. Under his leadership, 36 investments were made including 20 in the biotechnology sector (such as Qiagen, Transgene, Martech, Oxford Glycosystems), with an outstanding financial performance (overall gross IRR close to 20%) and several partnerships set up between portfolio companies and Elf’s divisions, mainly Sanofi. Michel graduated as chartered engineer from ENSGC Toulouse and from Harvard’s Advanced Management Program. Michel also holds a PhD from McGill University.